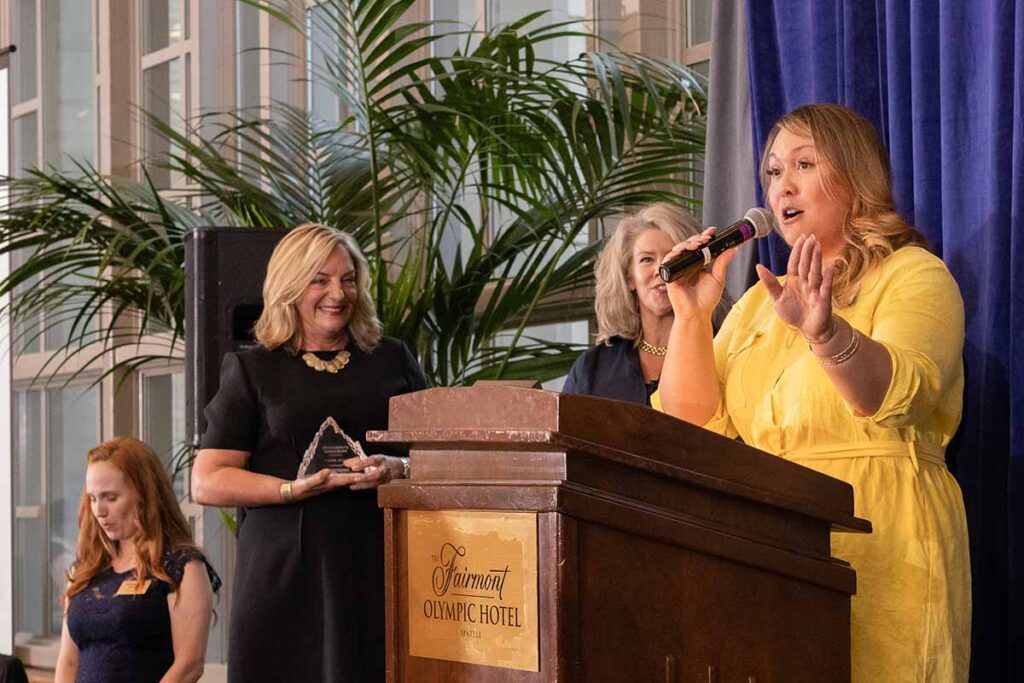 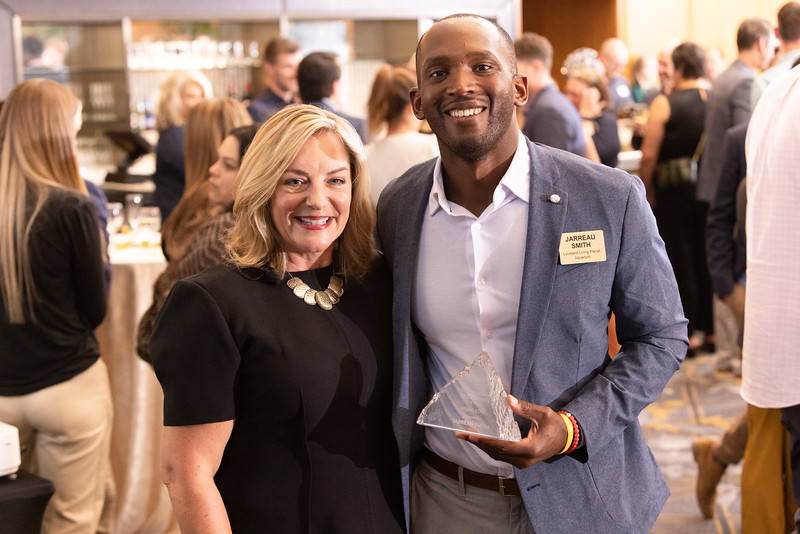 “It is such an honor to come together and celebrate those who inspire us, while recognizing the newcomers who will continue to shape the future of our industry,” Sponsorship Marketing Association founder Paula Beadle said. “It was an honor to recognize the outstanding accomplishments of game-changers who are revolutionizing the world of sponsorship.”

The following awardees were recognized for their incredible accomplishments that have contributed to the industry’s growth:

The Golden State Warriors are the inaugural recipient of the Innovation Award, because of their work uniting sports, entertainment, technology, partnerships and community in an unprecedented and authentic way. The Warriors have forged tech-forward partnerships that have created a cutting-edge, consumer-fan ecosystem.

“Sports and live entertainment offer such a unique opportunity for corporate brands and teams to develop deep, strategic relationships with consumers,” said Warriors Executive President, Mike Kitts. “We are hyper-focused on providing a world-class fan experience, a mindset that has guided our potential and current partner conversations and relationships. On behalf of the entire Warriors team, we are honored to be recognized with the Sponsorship Mastery ‘Innovation Award,’ a true testament to our Warriors and Chase Center partners, and our partnerships team, who have collectively worked to push the boundaries of what is possible.”

The Warriors are setting a standard for innovation, using tech to create a more integrated, memorable and innovative fan experience on and off the court. Kyle Larkin, Manager, Partnerships, and Heidi Silber, Director, Partnership Development, for the Golden State Warriors accepted this award on the team’s behalf.

Laura Day of the Minnesota Twins received the Lifetime Achievement Award. Laura is in her 25th season with the Minnesota Twins. Since 2016, she has been working as the franchise’s Executive Vice President, Chief Business Officer.

“I am thrilled to participate in this Summit, where thought leaders from around the world have come together to connect, shape and inspire the future of sponsorship,” Laura said. “I am honored and humbled to receive the Sponsorship Marketing Association’s inaugural Lifetime Achievement Award, and I congratulate the other award recipients on their impactful contributions to this industry.”

Laura has held multiple leadership positions in the sports industry over her illustrious career. Laura helped launch Xcel Energy Center as one of the Minnesota Wild’s first employees and worked for a third professional sports franchise within the Twin Cities market, the Minnesota Vikings. Laura’s work over the past 30 years makes her the ideal recipient of the inaugural Lifetime Achievement Award.

Smartsheet received the Social Impact award for its incredible Sponsor X initiative. Smartsheet has taken a bold approach to reimagining how sponsorships can be used to drive awareness and impact for a greater cause.

As an official sponsor of McLaren F1, Smartsheet was given a permanent spot for its logo on McLaren’s F1 cars. However, during the Australian Grand Prix, Smartsheet gave its spot to DeadlyScience, an Australian nonprofit that provides STEM resources and learning opportunities to Aboriginal and Torres Strait Islander children. This was the first time in Formula 1 history, a company extended the benefits of its partnership to put a worthy cause front and center, and the first Indigenous-founded organization featured on a Formula 1 car. They have announced Sponsor X will also take place at the upcoming Grand Prix in Austin, Texas.

Chipotle received the Buzzworthy award after it “broke the ice” with a mixed-reality campaign was unveiled during a Colorado Avalanche hockey game earlier this year.

This campaign featured a burrito bowl being pushed out onto the ice before a gloved hand burst through the ice and grabbed the bowl, garnering mass media attention. Scott Robinson, Senior Manager, Brand Marketing at Chipotle accepted the award on behalf of the company.

The Rising Star Award was given to Jarreau Smith. As the Associate Director of Corporate Partnerships at the Loveland Living Plant Aquarium, Jarreau Smith has created opportunities for companies to partner with the aquarium to further its missions of exploring, discovering and learning more about Earth’s diverse ecosystem. As the chair of LLPA’s diversity and inclusion committee, Jarreau is helping the aquarium create ways for everyone to explore, discover and learn.